The AMD Ryzen 3 3200G from the Picasso family of processors offers 4 CPU cores based on the new "Zen+" architecture. This is considered the second generation of the "Zen" Zen microarchitecture which, thanks to the new and improved 12nm process node, offers notable frequency increases as well as a range of modern new features and improved performance. Paired with an AMD X570 chipset, the Ryzen 3 3200G offers superior Precision Boost Overdrive perfeormance for automatic overclocking. All Ryzen 3000 processors use the popular and well-regarded AM4 platform that also retains a significant degree of backwards compatibility.

The AMD Ryzen 3 3200G possesses four physical CPU cores each operating at a high frequency of 3,6 GHz per core, and this increases via Precision Boost in real time precisely according to the use case scenario while remaining within the Thermal Design Power (TDP) of 65 Watts at up to 4,0 GHz (Turbo). The silicon of the CPU cores uses an advanced 12nm process complete with stacked transistors (also known as 3D transistors).

Thanks to the significant reduction in the overall size of the CPU on the die, this has enabled the inclusion of a total of 2 MB Level 2 Cache and a full 4 MB of Level 3 Cache. The chip offers 16 PCIe 3.0 lanes, of which four are reserved for the motherboard chipset and four for connecting NVMe SSDs. 8 Lanes remain for communications with the graphics card, while additional PCIe Lanes for drives, expansion cards and peripheral devices are present depending on the exact motherboard chipset.

The special thing about APUs from the "Picasso" series is that they include integrated Radeon graphics based on the Vega architecture. As such, they fuse the 2017 CPUs with their "Zen+"-architecture with the Vega-based GPUs released in the same year to create a remarkably powerful yet still efficient APU. The AMD Ryzen 3 3200G-APU is equipped with a Vega 8 GPU. The GPU includes 8 Compute Units with a total of 512 Shaders. The GPU's Base Clock is set to 1.250 MHz.

Overclocking is as easy as ever with AMD Zen AMD Zen+, due to the fact that the CPU performs it independently: the AMD Ryzen 3 3200G is equipped with an auto overclocking feature known as Precision Boost Overdrive. This increases the factory-defined operating frequency by up to 200 MHz to achieve the maximum possible Boost Clock.

High-end motherboards with the AMD X570 chipset include, generally speaking, additional VRMs. This means that when the Ryzen 3 processor communicates with the X570 chipset, e.g. in order to receive additional power from the motherboard - the CPU will maintain better clock frequencies due to the lower temperatures and more efficient thermal dissipation. 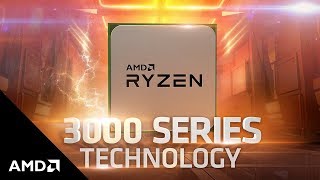