The ASRock AB350 Gaming K4 is a motherboard utilising the ATX format and comes with a lightning-fast 16x PCI-Express 3.0 slot and a further PCI-Express 3.0 16x slot connected to the chipset with four lanes. Furthermore there are four PCIe PCIe 2.0 x1 slots for other expansion cards up to 64 GB of DDR4 RAM can be installed into the four RAM slots, operating at a maximum of 2.666 MHz (overclocked). The range of internal connectors includes, among other things, a USB 3.0 header and two USB 2.0 headers for 2 or 4 ports respectively.


Data storage devices such as SSDs and hard drives are managed via six SATA 6G connectors (incl. RAID support) as well as one horizontal M.2 slot that comes with access to four PCI-Express 3.0 lanes and, consequently, extremely high access speeds of up to 32 Gbit/s. M.2 SSDs measuring from 42 mm to 80 mm in length can be used and furthermore the cutting-edge NVM-Express protocol is also supported. This protocol has been optimised to take advantage of the parallel processing utilised by modern PCIe SSDs. An additional M.2 port with SATA 6G connectivity is also available.

A further highlight of the ASRock AB350 Gaming K4 is to be found on the reverse of the motherboard, specifically the fact that the motherboard includes a USB 3.0 Type C connector. This new type of USB Type C port is particularly slim and allows connectors to be inserted in either direction. USB 3.0 or USB 3.1 Gen 1 reaches maximum speeds of 5 Gbit/s per port.

Last but not least fans with a 4-pin PWM connector as well as a pump for water cooling can be connected directly to the motherboard. The I/O shield located on the rear of the mainboard provides connectivity for additional devices and components via USB 3.0 and 2.0, Gigabit LAN, universal PS/2 as well as three audio jacks to connect to the onboard sound of the ASRock AB350 Gaming K4. The motherboard also supports an integrated APU-GPU (optional) and three display outputs: HDMI, VGA and DVI-D. 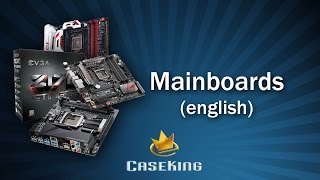