The GeForce RTX 2080 Ti ROG STRIX O11G represents the cutting edge of graphics card technology. The TU104 GPU of the RTX 2080 is built on the Turing architecture, utilises the new 12 nm FinFET manufacturing process with the TU102-300 graphics chip in addition to GDDR6-VRAM to make for a significant leap forward in terms of speed when compared to the 10- series. The reason behind the name change to "GeForce RTX" lies in the deployment of Ray-Tracing Technology, this unlocks incredibly realistic lighting and shadow effects.

The ASUS NVIDIA GeForce RTX 2080 Ti ROG STRIX O11G has a Base Clock of 1.350 MHz. When under heavy loads, the clock frequencies of the graphics chip increase automatically up to a Boost Clock of up to 1.665 MHz. The innovative and incredibly fast GDDR6-VRAM is clocked at 7.000 MHz (14.000 MHz effective), meaning that the 11 GB of VRAM is sufficient for 4K-resolution gaming as well as making immersion in Virtual Reality a treat for the senses. In terms of the cooler design, a triple-fan design is utilised. 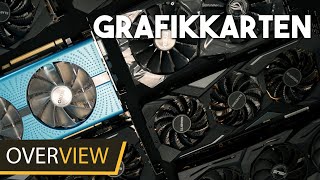 Best cooling system and best performance in game ! I recommand this graphic card.