The AMD Radeon RX 400 Series, designated codename "Polaris", is the first GPU series from AMD utilising the new 14 nm FinFET manufacturing process. Apart from the chip's hugely improved manufacturer process, as is the case for all graphics cards in the RX 400 series, the new fourth gen GCN architecture is put to work. AMD's new offering in the form of the Radeon RX 480 provides an affordable point of entry into the world of VR and a very high degree of efficiency to boot: Computational power of up to 5,8 TFLOPS with a TDP of only 150 Watts!

Radeon RX 480: Virtual Reality for Everyone

The PowerColor Radeon RX 480 Red Devil provides an imposing triple-fan cooler with Double Blade III fans with a special dual-bladed design along double ball-bearings thus allowing the RX 480 to be capable of overclocking to a boost clock of 1.330 MHz. The card comes with an alternative "Silent Bios" ready be activated at the push of a button. The card also possesses a 6+1 phase power supply with a 8 pin PCIe connector that offers a maximum throughput of 225 Watts, allowing even higher overclocks.

For the stabilisation of the card and for the even distribution of the heatsink's weight, the RX 480 Red Devil comes with a light cooling backplate on the rear of the PCB.

One of the declared aims announced by AMD for the Radeon RX 480 is to make Virtual Reality (VR) accessible to the widest possible number of players. Based on the Polaris 10 GPU (previously designated as "Ellesmere") the Radeon RX 480 fulfills this requirement and combines VR readiness with a comparably low cost of entry.

The new and improved 4th generation Graphics Core Next architecture (GCN 1.3) introduces new features, such as a command processor, a geometry processor, new multimedia cores, an optimised display engine as well as an improved memory controller. Counted among the newly-supported technologies are Async Compute, Vulkan, DirectX 12 and AMD's FreeSync Technology.

The new 14 nm FinFET manufacturing process as well as great leaps forward in frequency control, power saving and clock rate technologies make the Radeon RX 480 with its TDP of 150 Watts very energy efficient, especially when compared with its predecessors like the Radeon R9 390 (250 Watt TDP). The 14 nm technology enables more transistors to be accommodated in a smaller surface area, whilst simultaneously reducing energy requirements.

Displays can be connected via three Display Port inputs as well as a HDMI port. EyeFinity Technology allows up to four displays to be connected in a multi-display setup. The 2.0b HDMI port carries a 4K/UHD resolution signal at 60 Hz and permits the sending and receiving of encrypted signals using the HDCP 2.2 protocol (4K streaming, 4K Blu-Rays).

In order to reach the maximum potential of the card, new drivers should be downloaded and installed at regular intervals from the AMD or PowerColor websites.

For every gaming graphics card purchased at Caseking we will send out voucher codes for the current game bundles via e-mail one or two business days after receipt of goods. For products not qualifying for the promotion we will not send out any codes. Only end customers are getting free extras. All promotional campaigns are limited and only valid while stock lasts or until the offer expires. There is no right of appeal. All active AMD voucher codes are listed below: 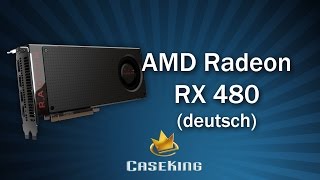 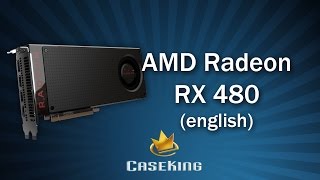 This card was the cheapest RX480 8GB out there when i got it and it runs pretty silent. The cooler is huge so make sure to measure before buying it. The card barely fit my case. Standard settings give it a goal temperature of 80 degrees. When i set that to 75 degrees the card seemed to be able to hold the temperature below that treshold most of the time and i still hardly hear it. No throttling observed by me so far it just runs fine on the standard OC bios.

Great GPU for its price. Driver problems in some games and flickering in some scenes. Witcher 3 you can play on everything on max and ultra 1080 from 45 to 60fps. Ofcourse, card generates alot of heat, you can easily reach 75C and more if case is bad vented and fan curve not modified. Heat from GPU comes inside case, not outside from back. Thats a big problem.