The 970 EVO Plus SSD series from Samsung offers a huge leap forward over the speeds that hard drives have been able to achieve, securing its uncontested place at the forefront of flash-based Solid State Drives. The reason for this is due in so small part to the technical savvy Samsung brings to the SSD market, with the Samsung 970 EVO Plus and its M.2 format offering 2 TB of storage, stacked 90 layer MLC memory cells (V-NAND v5), blazing fast 4-lane PCI-Express 3.0 interface as well as support for the cutting-edge NVM Express 1.3 protocol. The new Samsung NVMe SSD 970 EVO Plus series offers up to 36 percent faster random read speeds when compared to its predecessor .

The new Samsung "Phoenix"-Controller of this super-fast drive supports four PCI-Express lanes (3.0), which unlocks a theoretical max speed of some 3.900 MB/s! When paired with the installed Samsung MLC V-NAND (Version 5) this 2 TB variant of the Samsung SSD 970 EVO Plus is capable of a huge 3.500 MB/s when reading data and 3.300 MB/s when writing along with fantastic IOPS specs of 620.000 (4KB Read) and 560.000 (4KB Write). The new "Phoenix" controller chip manages, when combined with revised intelligent TurboWrite Technology, to produce a massive increase in durability. The improved Dynamic Thermal Guard also helps provide better thermal dissipation, meaning that these high speeds can be maintained over longer periods of time.

3D V-NAND memory has reached Version 5 (or V-NAND v5 for short) in the Samsung 970 EVO Plus and this entails cylindrical-shaped memory cells being stacked on top of one another in multiple layers. This means that larger memory capacities are now a possibility, along with drastic increases in Read- and Write speeds, all with a smaller footprint. On the other hand, this results in the lifespan of the memory also being extended as well as improvements in energy efficiency. In comparison to the preceding series, Samsung 970 EVO Plus SSDs come with 90 instead of 64 layers, and even in this 2 TB version - the cells are located on a single side of the PCB, meaning that the drive offers increased compatibility and will fit in many notebooks as a result.

This Samsung SSD 970 EVO Plus benefits tremendously from Intelligent TurboWrite Technology and its 2 GB DRAM Cache. This improves the user experience by orders of magnitude, especially when it comes to transferring large files or using applications that have a heavy write load.

Note: In order to achieve max speeds, the proprietary Samsung NVMe driver must be installed and updated at regular intervals. For firmware updates, Samsung's Magician Software is available. 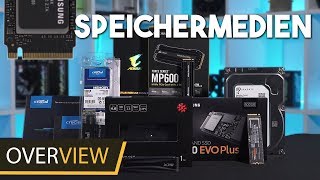